This is not a phrase I have occasion to utter (in writing or orally) very often.

Finding an unoccupied Sunday afternoon at my disposal (having attended an early Mass and received my required blessing as a catechist, spent ninety minutes endeavoring neither to instill nor condone heresy in my remedial confirmandi, and discovered that my husband had vanished for football-related pursuits when I returned home), I folded some laundry, baked a pan of Stouffer's lasagna (truly, now that I have a working oven, I am a gourmande!), and departed for Ikea.

Before that, of course, I engaged in some soul-searching as to whether it were appropriate to do so; had I not just read to eight comatose adolescents that not even my "male or female slave" may do any work upon the Sabbath?  I debate this matter often.  While the bulk of my home improvement projects are performed on Saturdays, I always do something on Sunday, even if it's only folding laundry or grocery shopping; and sometimes it's a good bit of building something.  And it's not as though I take the rest of the week for leisure and work Sunday; I try to knock out an hour on my projects every night.  I do not do any paid work on Sunday, which is really the bulk of my "work," even if household chores are actually more menial.  And there is a fair argument that the kitchen renovation is my hobby (= leisure).  And Ikea is clearly a treat.

There, I spent an amount of money that seriously disturbs me to spend all at once, even if I have thought the matter out carefully beforehand (I had).  Never mind that I know each of these items is at a rock-bottom price for a thing of its kind.  It still bothers me.  Anyway, I bought: My countertops!  I have been planning on butcher block and probably Ikea (can't beat the prices), but finally the other week I settled on the thicker ones, and realized that I really preferred the oak.  Because it's oak, and it's beautiful, and it already has eased edges (which means I don't need to borrow a router from anybody.  I already take on plenty of carpentry, and I am well aware that the less I have to do, the less I can screw up).

And I bought curtains for the living room.  It's the only room for which I'd not yet found curtains (other than the upstairs hallway, which suddenly became a small study and now, in my view, needs floral curtains.  That I have not yet found for an acceptable price).  I had been waiting partly because there's nothing good and partly because I frankly had no idea (or rather, over fifty ideas) of what I wanted in the first place and partly because I need six panels and that can really add up.  And then I found these and was sort of stunned that they were Ikea, because they don't look way-too-modern to me at all, and they finally got them back in stock, and they look perfect in person (haven't hung them up just yet), so I think that was $90 well spent.  (Deep breaths.)  See, they're pretty: OK, well, you can't even tell.  It doesn't matter.  There's also two ways to hang them on the rod (bunched, as shown, or with fake pleats).  I think I'm going to go with the pleats.  I may even remember to take a picture.  The fabric has a subtle pattern that I am convinced is sufficiently formal for the living room without being too fussy - check it out.

Finally, I have recently been up to more cabinetry.  No pictures yet - but soon.  This is the project for which I took the third door from my great cabinet caper, cut it in half to make two smaller doors, and built a cabinet around it.  (I have actually done all this.  Down to matching the trim on the original cabinet.)  Of course cabinet-making is more complicated than it looks to a silly amateur like me, and I screwed up the set of the doors in a way that still seems to me to defy the laws of physics, but which would probably be incredibly obvious to anybody competent.  I am convinced I can fix the problem with the proper application of a saw.  Will let you know how that turns out.

ANYWAY, the new cabinet hangs above the stove.  (Yes!  It's already up there!  With its wonky doors!)  On the cabinet hangs the pretty copper light.  (It's really VERY pretty.)  I wired the new light to the wiring for the old (and hideous) fluorescent light, and wired the whole thing back to the wall.  I don't know whether it works yet, because we are not throwing the breaker until I ALSO wire it to the new hood, having taken the old hood off the wiring.  I need to do this soon, because my next cabinet-building project (and therefore the next step in the kitchen remodel that WILL be done by Christmas) is building a stove hood cover.

I will be happy to share my FULL thoughts on stove hoods with any foolhardy person who asks nicely.  In short, they make me cranky (not unlike Ikea, to which, by degrees, we are coming).  After musing on these thoughts, I concluded that what I need for my kitchen is a stove hood cover, like so:

As far as I know, these did not exist 100 years ago.  However, they do coordinate with antique woodwork, and they spare me the hassle of trying to decide which contemporary hood irritates me least.  And obviously I could make something like that (with patience and lots of sanding and caulk) for very little money.  But first, I need to get exact measurements of the stove hood it needs to go over.  Which probably means I need to get my hands on one.

Which brings me back to Ikea.  Currently my kitchen doesn't have ductwork for an exterior-venting hood.  Therefore, I decided I wanted a convertible hood: I can install it as ductless, and if we (or a later owner) decide that ducted is the way to go, then we can hire someone to knock some holes in the walls and ceiling).  Ikea seemed to have one of the best options: It is convertible; it comes with the charcoal filter for non-ducted use; it is a good price; and it has a pretty high CFM rate for the price-point.  But its most important feature is those two little black knobs.  See how they're on almost the very bottom of the unit?  If I measure my hood cover right, it will be possible to reach them with the hood cover on.  Obviously, that is essential.

I should note here that Ikea offers only two under-cabinet hoods (cabinet not included, by the way).  The website shows two.  The showroom has two.  The product index on the computers in the stock area has two.  One is ductless only (and costs a good bit less.  And comes only in white).  The convertible one comes only in stainless steel.  That's what I bought.  And I picked up its nice box and I put it in the car and took it home.

Then, on Monday, I opened the box so I could see whether the advertised length included the width of the knobs, and start sketching measurements for my stove hood cover.  And what did I find?  I found this:

The only stainless steel under-cabinet vent hood Ikea advertises has a curved front, and does not angle in at the sides.  But the one in my box is different.  And the controls are on the top, which is clearly not the case with the hood on Ikea's site OR the hood in its showroom!  AND my hood had a dent across the front.  That's not acceptable, but it could happen without them knowing if the box were struck (of course, the box was in perfect condition).  AND when you look at the top, where there are mounting screw holes, one of them is bent out - in a way that could only happen if someone tried to install it and used too much force.  There's also a scratch by one of the screw holes.

So they sold me a used hood (or at least a returned one) - in a new box.  When it was not in new condition.  They also sold me a hood THAT THEY DON'T CARRY, and therefore that I can be very sure I didn't order.  I'm willing to bet this is the previous-generation model of their under-cabinet hood.  Which would make the mistake innocent IF they still advertised this on their website, at the same price as the new version, and they switched the boxes.  But that's not what's happened here.  They discontinued an item, replaced it in all their literature with a newer, nicer item, and have the audacity to keep stock in their warehouses to supply the old item to unsuspecting customers at the new item price.  If they wanted to offer me 25% off to buy last year's model, fine (I would have said no because I need the controls to be lower, but I wouldn't have minded them asking), but they did not ask.  If they don't advertise that product, they should not stock it.

So while I have my receipt and can go and exchange my hood for the correct one, I believe a much sterner correction is in order here.  Because this is not a stockist error - it's a corporate error.  And I am very, very cranky about it.

The moral of the story (and others have said this before, and I didn't listen, but maybe you will): OPEN THE BOXES before you even get them to the loading area.  Bring packing tape if you have to to re-pack them for the car; but open them, open them, open them!

the misfit
Perhaps I'm not lost after all. It may be the rest of you.

All about my closet project! 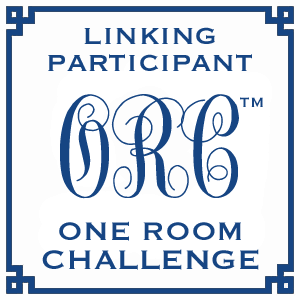 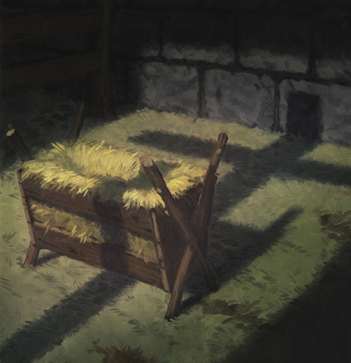 Read all 31 Days of Craigslist here!